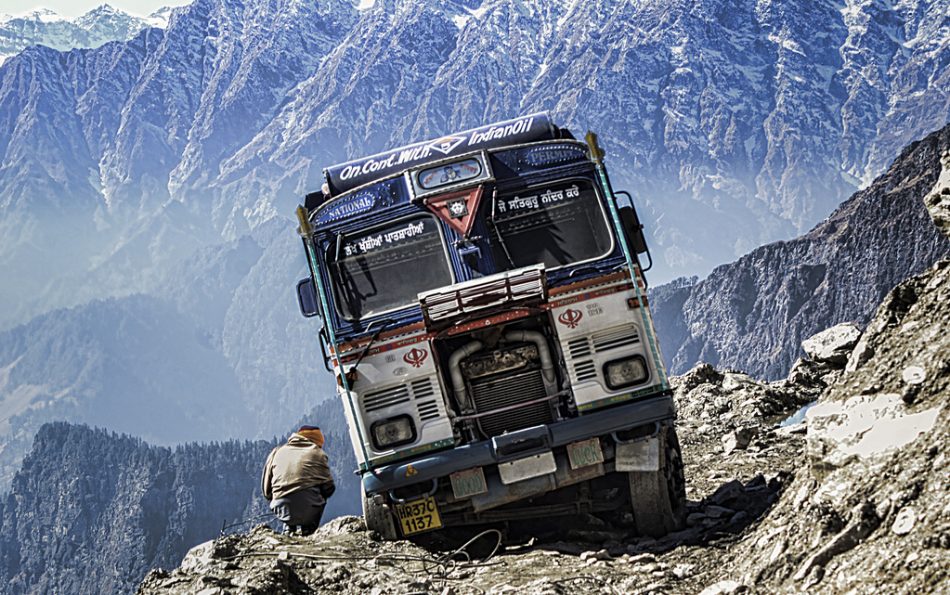 The Rohtang La Pass is a mountain pass located in the Indian Himalayas. The pass is 3,978 meters high and is part of the road that connects Manali with Leh. The pass is located about 53 kilometers from the city of Manali, and connects the states of Himachal Pradesch with Kashmir. More specifically, the Lahaul and Spiti valleys with the ancient kingdom of Ladakh on the Tibetan plateau and the Buddhist city of Leh, at 3,500 meters high. 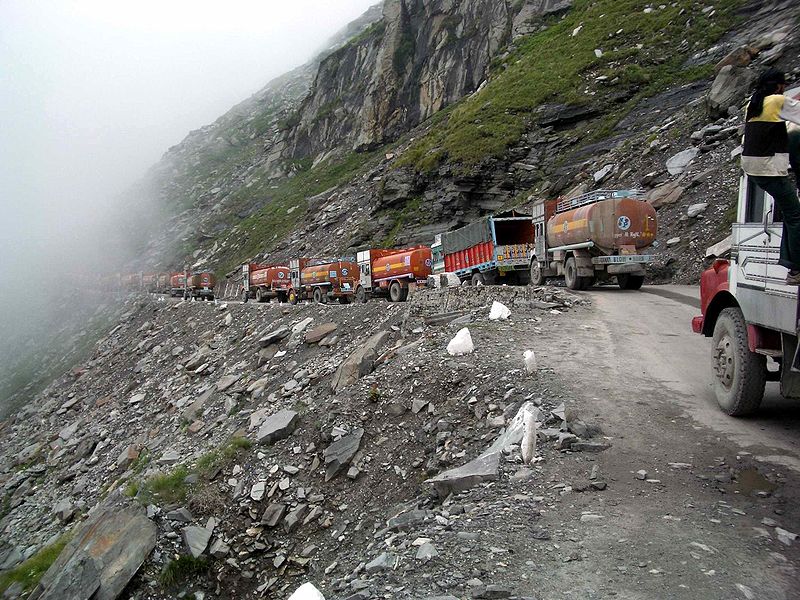 The name Rohtang means “pile of dead bodies” in Tibetan, due to the number of people who throughout history have lost their lives trying to cross it. The Rohtang Pass is in the Pir Panjal Himalayas and is a natural division between the green and humid Kullu valley, predominantly Hindu in culture, and the arid and high valleys of Lahaul and Spiti which are mainly Buddhist. Known for being a road of great scenic beauty, Rohtang Pass offers stunning views of the area’s glaciers and peaks. 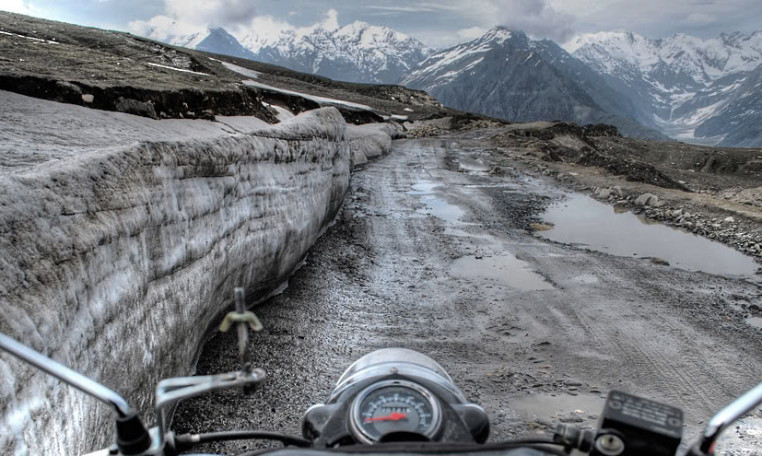 A motorbike crossing the Rohtang Pass

The Rohtang pass is on the watershed between the Chenab River and the Beas River. The pass remains open from June to October, when the snow allows the transit. It is a place of big tourist interest, both national and international. There is a mountain resort where tourists can enjoy sledding and skiing.

This pass is an old commercial route between people on both sides of the Pir Panjal mountain range and is surely the oldest pass in the area. In the busiest months traffic jams are very common due to the large number of military vehicles, trucks, buses, and tourists trying to go north. 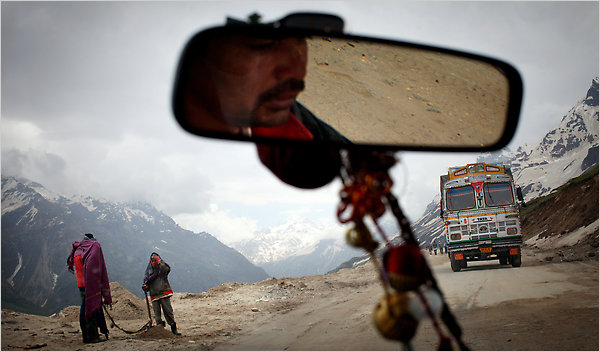 This road requires constant attention if you do not want to have a scare, the narrowness and difficulty of the terrain, the snow and ice at certain points, the large number of vehicles transiting and the unpaved sections make the danger of the driving huge. 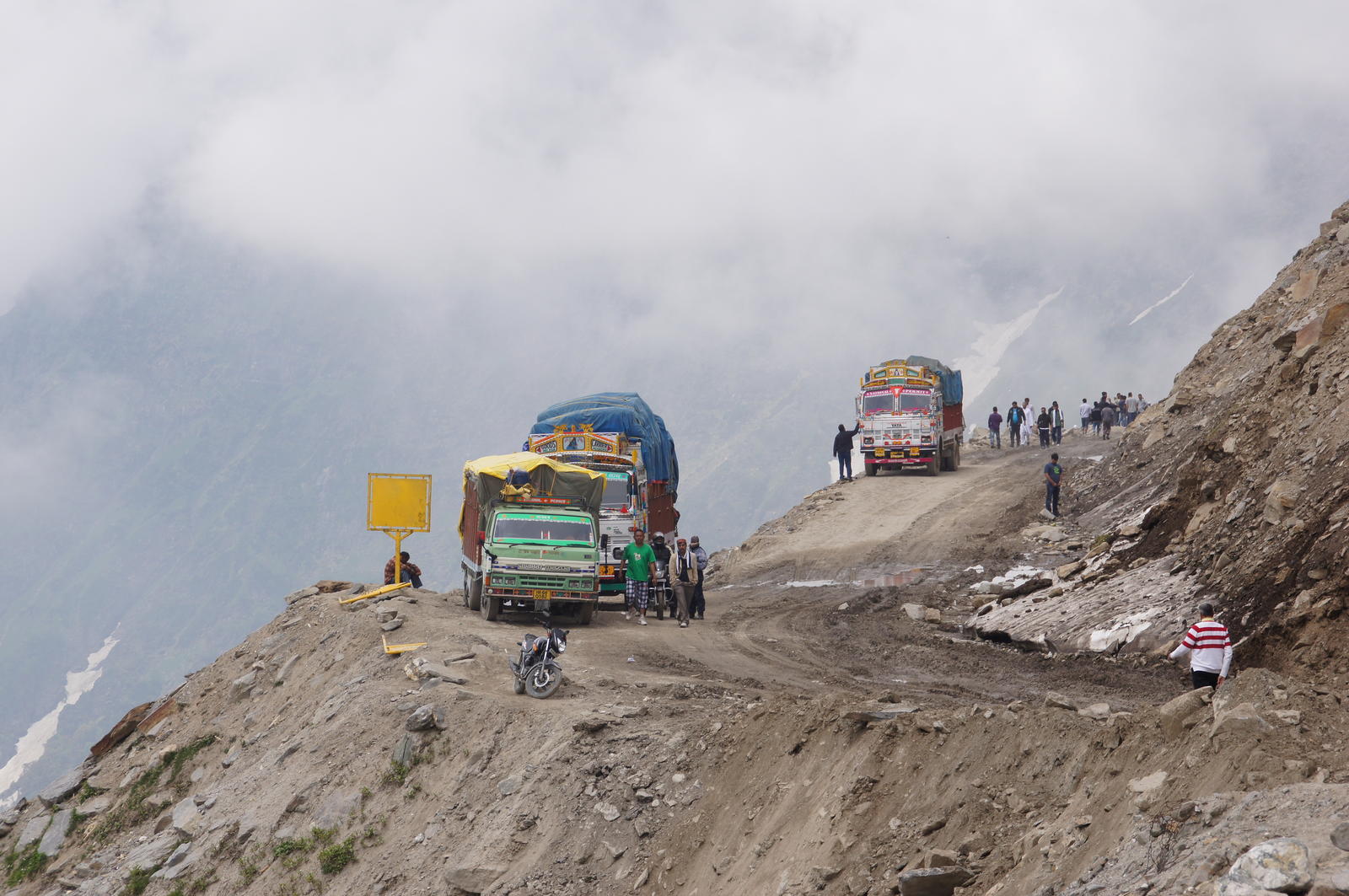 Since 2016, in order to preserve the enviroment and control pollution, a permit is required to access the Rohtang Pass. The permit is issued by the government of Himachal Pradesh, which only allows the passage of 800 gasoline and 400 diesel vehicles a day. The permit can only be requested two days before the scheduled date of passage, so you cannot do it months in advance. You can get the permit on the Himachal Pradesh tourism website for INR 500. Cars over 10 years old are not allowed to pass and on Tuesdays it is maintenance day and passage is not allowed. Keep this in mind if you are touring in India and have an idea of crossing. More information about permission at wanderthehimalayas.com. 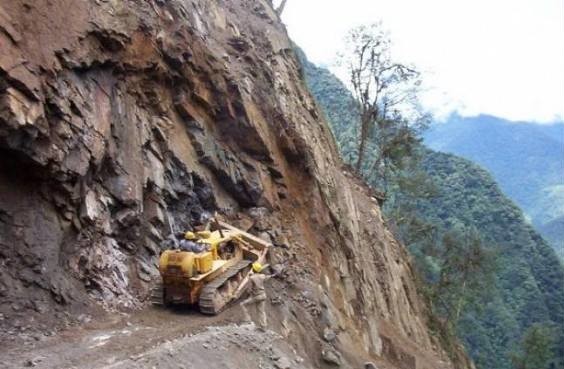 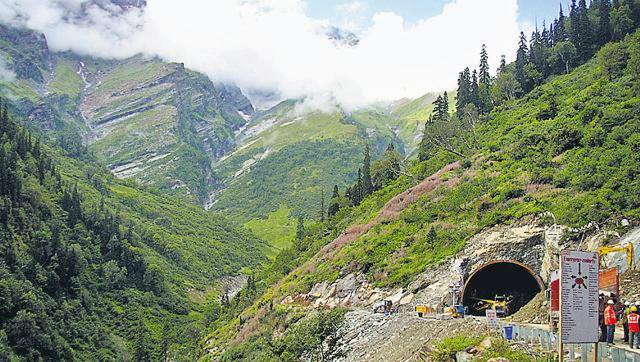 Since June 2010, an 8.8 kilometer tunnel is under construction in Rhotang Pass, which will be completed by June 2020. The tunnel will be a bypass that will allow you to overcome the mountain without having to climb it.

Typically, it takes about 5 or 6 hours to complete the 85 km distance between Manali and Keylong, on the other side of the tunnel. With the tunnel this distance will be reduced by about 60 kilometers and the route can be completed in just half an hour. The Rohtang tunnel will be the longest tunnel over 3,000 meters in the world and the 3rd highest tunnel in the world. This great work of engineering will be a great advance for the region and will help its development.