Gara Medouar is an impressive rock formation in the shape of a circus that acts as a natural fortress, located in the Moroccan region of Draa-Tafilalet. Gara Medouar is one of the most impressive places among those that can be seen from a road in Morocco. 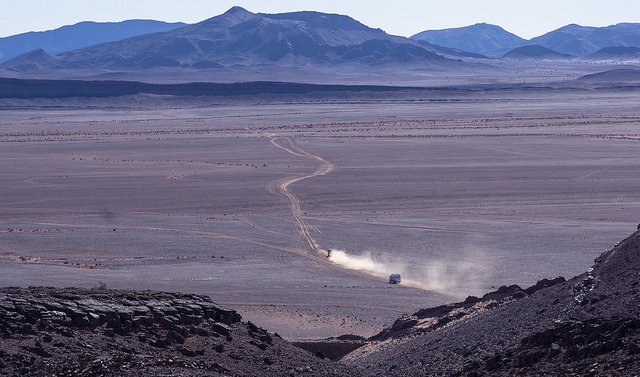 Although it is known as a Portuguese prison, it was not exactly a prison. It is nicknamed that way because it was the place where sub-Saharan slaves were sold to Portugal in the 19th century. Despite looking like a crater or a volcano, the formation is eroded rock from millions of years ago. Gara Medouar is 2.800 ft above sea level.

Gara Medouar is of unbeatable natural beauty, and after climbing the narrow track that leads to the top of the formation, we come to a natural viewpoint with panoramic scenes.

Gara Medouar from the sky

How to get to Gara Medouar

The mountain of land and sand of Gara Medouar, which can be seen from afar, is 7 kilometers west of the town of Risani and can be seen from the same road (Moroccan N12) that heads southwest.

Once on the N12 (paved and in good condition), you have to take a 3 kilometers dirt track that takes you to the slope of the circus. It is possible to take the road with a 2WD car driving with care, although, after a storm, the road softens and may be difficult to drive, even for a 4WD. 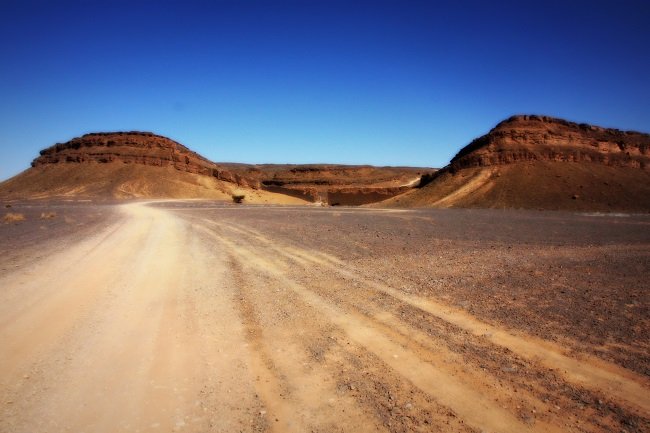 Risani is 310 miles (500 kilometers, about 8 hours away) east of Marrakech, following the N9, N10, and N12; 60 miles (95 kilometers, 1h30′) from the provincial capital Er-Rachidia, and only 25 miles (40 kilometers) away from the tourist dunes of Merzouga. In fact, driving to Merzouga from Marrakech, you have to go through Gara Medouar. So, if your plan traveling Morocco goes through Merzouga, you will see it.

Despite being in the middle of the entrance to the Sahara desert, it must be remembered that during the winter, temperatures drop considerably at night, usually reaching 35,6°F. Some warm clothes are necessary. During the summer months, the heat can be unbearable, the maximum average in July and August is 100°F.