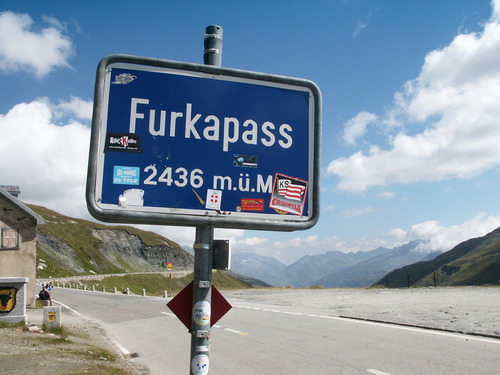 The Furkapass mountain road is a 7.969 ft high (2.436 meters) mountain pass located in the Swiss Alps. The road separates the cantons of Valais and Uri. This mountain pass is one of the most popular and touristic in the Alps. Its spectacular views and landscapes attract thousands of people, many of them by motorcycle, every year.

It’s known that the Furkapass was already used during the Roman empire, back in the 13th century, to transport supplies between the two valleys that separate the mountain.

Furkapass was a military construction built between 1864 and 1866. The first motorized vehicle driving the pass was in 1921. It was the longest mountain Pass in Switzerland until the construction of new asphalt alpine passes during the 20th century. Furka Pass is one of the 30 highest mountain passes in Europe.

Furkapass is a mountain pass of extraordinary beauty and spectacularity on the face of the Canton of Valais or the western slope. Furkapass begins in the town of Ulrichen, and after passing the junction in Gletsch with the Port of Grimsel, you can perfectly see both the wall going up from the port of Grimsel and what remains of the ascent of Furka, with 7 180-degree loops on a totally vertical wall, and with the perpetual presence of the glacier where the waters of the Rhone are born and which flow down the valley towards Lake Geneva, at the opposite end of the canton.

It is a panoramic drive, with percentages that reach 13% in some parts and a paradise for biking. An annual race, Alpenbrevet, is held each year in August. There are many viewpoints and a hotel (Belvedere) in the area of ​​the hairpin turns that make the climb more enjoyable and with the possibility of starting from these points different routes by foot. 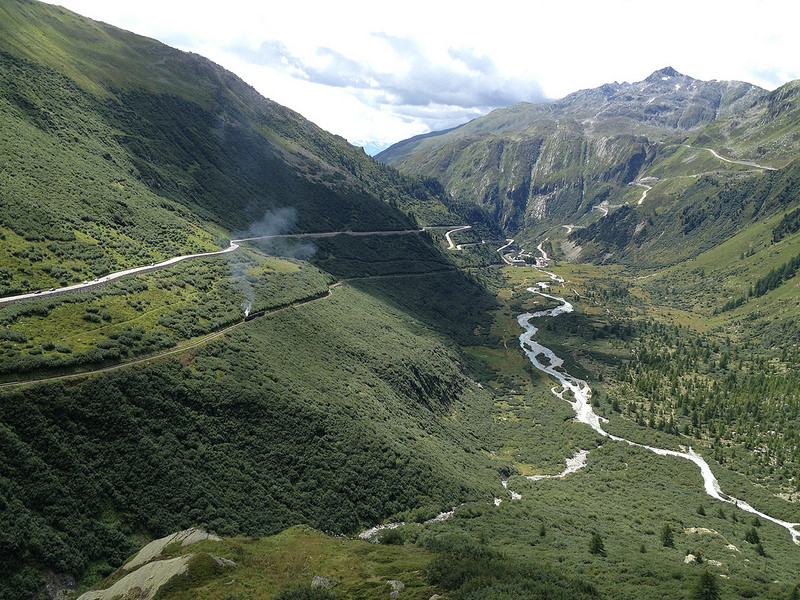 The Furka-Oberalp parallel railways and the Rodano glacier. Pet R.

The road became very popular after appearing in the James Bond movie, Goldfinger, in 1964. The film was directed by Guy Hamilton, based on Ian Fleming’s novel. Sean Connery climbs the mountain pass of Furkapass with his legendary Aston Martin DB5 and Tania Mallet, one of the female main characters of Goldfinger, in a convertible Ford Mustang. 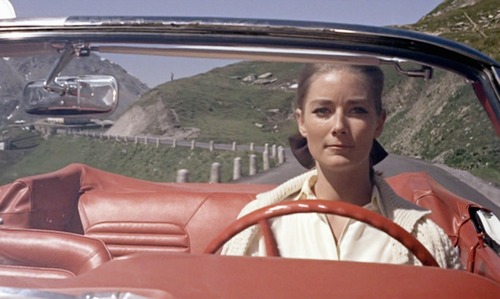 Frame from the film Goldfinger in Furkapass: Tania Mallet in a Ford Mustang 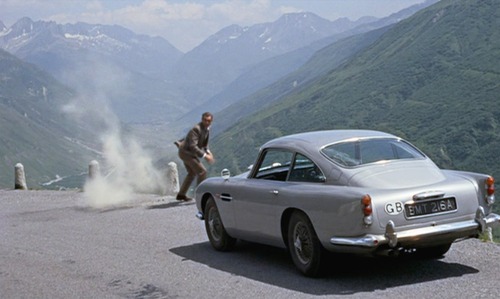